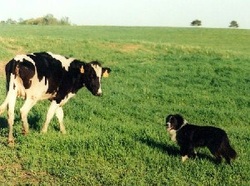 Shooter is our black and white male. He is 3 years old. He is long and lanky and weighs about 60-65 pounds. He was bred by Mary Peaslee and is out of her Brighton and by Vivian Flynt’s Chaz. He is primarily a working dog. He is good with people, but especially people who are going out to work with the livestock. He loves to work!

My husband, Dan, and I live on a dairy farm in Northeast Wisconsin. Our job on the farm is to raise heifers to supply the milk barn. We live on 200 or so acres and rotationally graze (move from pasture to pasture daily) our 250 or so Holstein heifers in the summer. In the winter we keep some of the bigger heifers outside as well. So there is much for Shooter to do! Shooter’s jobs include moving the herd from pasture to pasture daily. Now when they see him coming, they move. This spring was particularly wet and Dan couldn’t get in to move the heifers (we even had ducks living in our pasture in the standing water). He sent Shooter in to do it. Shooter basically knows how to do it alone, but when he had a question he would stop and look to Dan for a command. From 300 yards away Dan can control him.

Shooter is also used to cut a few animals out of the herd. Daily, we need to get a heifer in to breed, or see the vet, or be moved to the cow barn. Dan uses Shooter 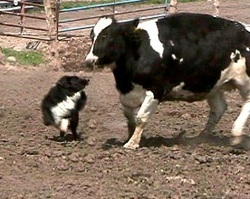 to help him to cut just a few out. He is also useful in chute work—for example loading the animals into the trailer or moving some in for the vet or the hoof trimmer. He also watches over the place at night and when we are gone. He is very rarely kenneled. He stays home and takes care of things.

On a few occasions, we have had the heifers get out. The first time it happened, we came home late at night to find many (40 or so) heifers in the back barnyard. They were scattered around. As we looked at the situation more closely, we noticed hoof tracks coming down the driveway toward the road..
Then the tracks just stopped and turned around. Forty heifers would not just stop and turn around like that without help — so we highly suspected that Shooter kept them off the road. The next time I awoke in the morning to see the heifers out and Shooter keeping them off the driveway. When I came out to help him, I just stood in the driveway (to block off one of the two exits). He put them back through the gate and then I closed it. I gave him a leftover hamburger after that! He is the police of our farm. We set up the rules and he sees that everybody follows them. We have free-range chickens and I love my flowerbeds. I have trained Shooter to run the chickens out of the yard and back toward the barn when they get too close. This keeps him occupied when he’s not needed in the barn or pasture. My next job for him is going to be to run the cats out of my son’s sandbox!

He is good with the kids, too. I babysit and we have two boys (3 and 3 months). He loves the babies and tolerates the older boys—they chase him too much for him to like them extremely much. He likes to play ball with them, however. In the winter, it’s neat to see my son’s size 11 shoe tracks everywhere in the snow with Shooter’s paw prints right beside them.

Shooter is very controllable while working, but he is not as biddable about other things. He’s getting better as he gets older, but he will get in the trash if you aren’t looking or will go pester the cattle and horses if he thinks you can’t see. He works because he loves to work and because it makes Dan happy. 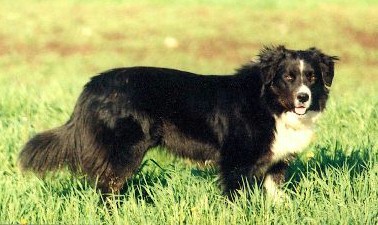 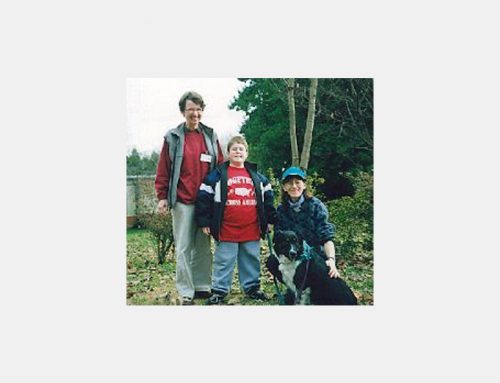 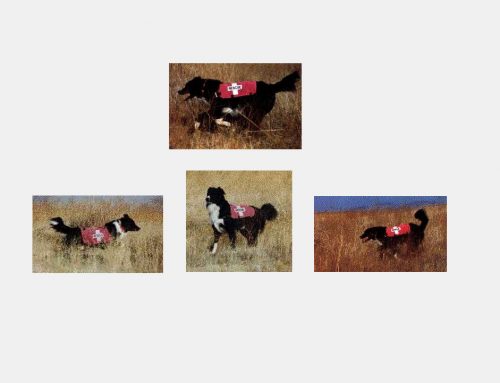 Search and Rescue with Mingo 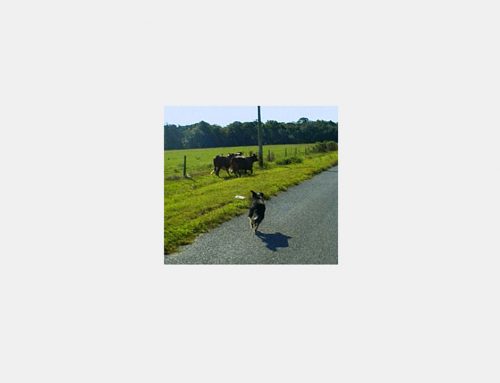 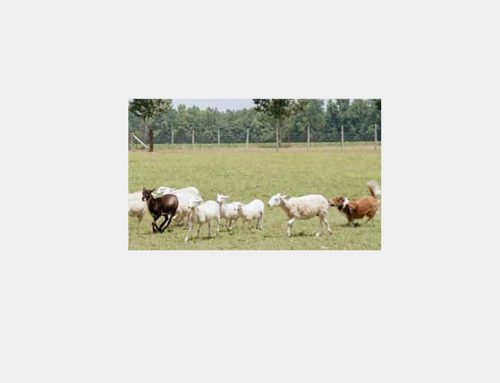