Environment and prior experiences are as critical to the development of behavior in a dog as its genetics. Temperament can be described as the behavior and attitude displayed by the dog when presented with certain conditions, and is a product of both genetics and environment. A dog goes through several different periods of critical development in the first sixteen weeks of life and what happens during that period of time will have a major impact upon future behavior. However, while environmental influences are critical to the development of behavior tendencies, the genetic aspect of temperament cannot be ignored. All the socialization in the world will not improve a genetically bad temperament and poor or no socialization may negatively impact upon a genetically good temperament. 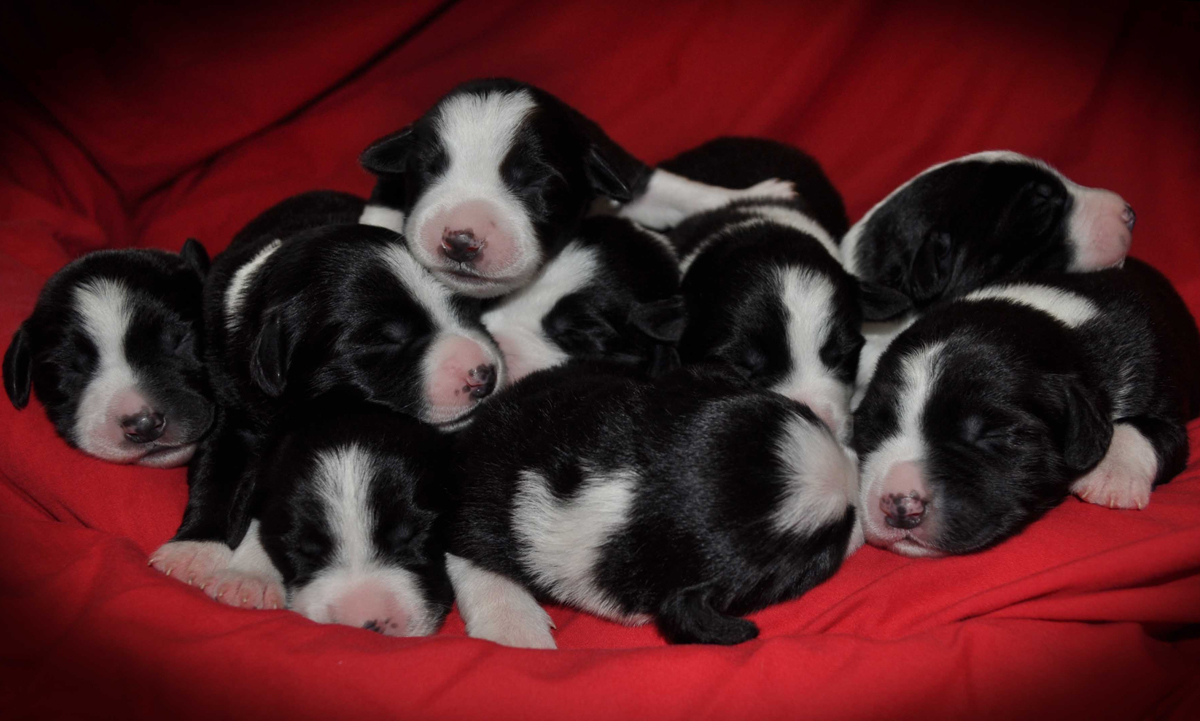 Puppies can be affected by environment even before birth. Puppies born to bitches exposed to greater than average amounts of stress in the last three weeks of pregnancy will most likely exhibit a reduced ability to learn and will be more prone to increased emotionality.

In the first two weeks of life a puppy cannot hear or see. However, studies have shown that the mild stress creating by handling the puppies will cause accelerated development and that puppies exposed to stimulation in the first three weeks of life are better able to cope with stress later in life. Exposure to environmental stimuli when the puppy’s eyes open, at about 13 days, and when the puppy begins to exhibit a startle response to sound, between 18 and 20 days, is important. During this period of time any negative or frightening experiences are more likely to be forgotten than those experienced after four weeks of age so this is a critical time to start accustoming puppies to sights and sounds they may experience later in life.

The first socialization period occurs from approximately 20 days (3 weeks) to approximately 12 weeks of age. The time frame from 20 days through six weeks is called the primary socialization period while the secondary socialization period lasts from approximately six weeks through 12 weeks of age. From four to six weeks puppies become socialized to dogs through their contact with their dam and littermates. How the dam interacts with her puppies will have an impact upon their development and studies have shown that puppies from litters where the dam uses nipping and is more aggressive in correcting puppies will be less social with humans, while puppies from litters where the dam using gentler methods of correction, such as pawing, will be more social. In litters where the dam does not correct the puppies at all, the puppies will be harder to train later in life. Puppies who are isolated from other dogs during this time frame, such as single puppies in a litter or those hand-reared without exposure to littermates or adult dogs, will often be hyper-aggressive to other dogs as they mature. These puppies do not recognize social cues given by other dogs and will fail to develop the social skills necessary to interact successfully with other dogs later in life. Additionally, puppies without exposure to littermates or adult dogs, and those weaned earlier than six weeks are less likely to learn bite inhibition. 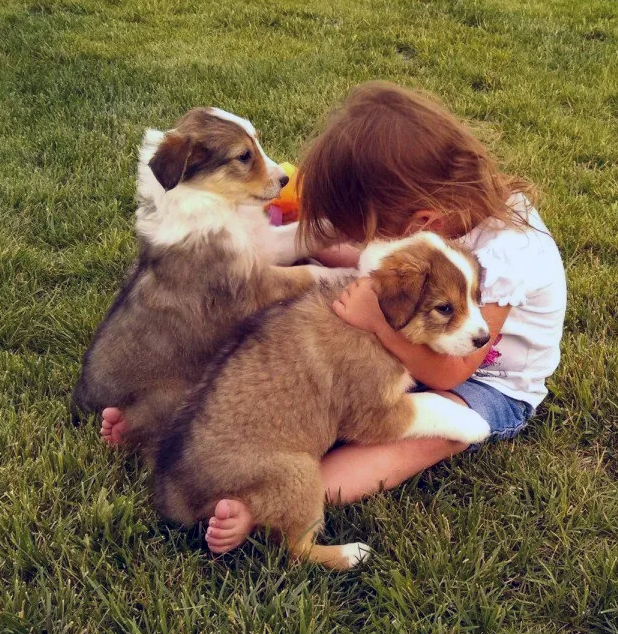 Puppies also learn how to play while with the litter. While play activity helps develops appropriate responses to social cues given by other dogs, it also affect the behavior displayed by the dog as an adult. Puppies not given opportunities to play during this period of time are often poor learners and show fearful responses to people, other animals and new environments.

Although mild stress can be beneficial to the development of a puppy, exposure to prolonged stress will exhaust a puppy and leave the puppy vulnerable to illness. In addition, puppies need time to develop coping strategies, and young puppies that have not learned coping skills can develop undesirable behaviors which are hard to modify later if placed in situations where the level of stress exceeds the puppy’s stage of development. Puppies are most vulnerable to fear imprinting (where a single negative experience can have a life-long impact) between 8 to 10 weeks of age. This, in addition to the importance of early handling and socialization, both with humans and the dam and littermates, makes the optimal time to remove a puppy from its litter seven weeks, plus or minus a few days.

Since the secondary socialization phase lasts until approximately 12 weeks of age, the new puppy owner cannot rely solely upon the breeder to socialize the puppy. After the puppy leaves the litter care needs to be taken to ensure the puppy continues to receive positive experiences and exposure to different environments, including sights, sounds and tactile stimulation. A puppy’s experiences during this period of time can have a lasting impact upon its future behavior.