The most common color patterns within the English Shepherd breed are:

While these patterns are the predominant ones listed within the ESC Breed Standard, there are other variations that are recognized as being a part of the English Shepherd heritage and as such, will occur within the breed. It is our hope that the photos shown below and on the linked pages, will help the English Shepherd owner and breeder better identify coat color patterns in their adult dogs and puppies. If you would like to submit a photo of your English Shepherd to appear on these color pages, click here. Submissions are always welcome. 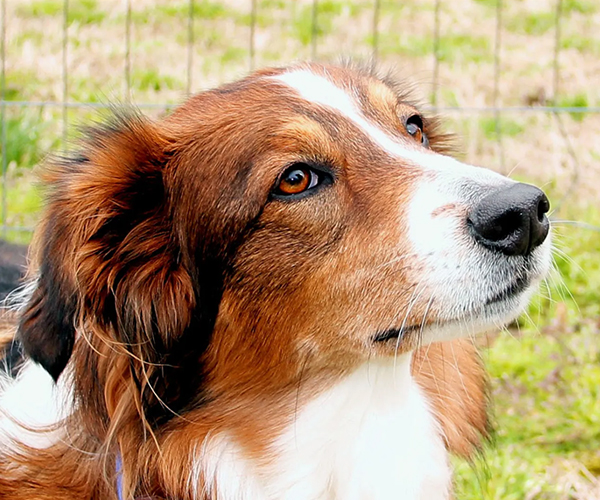 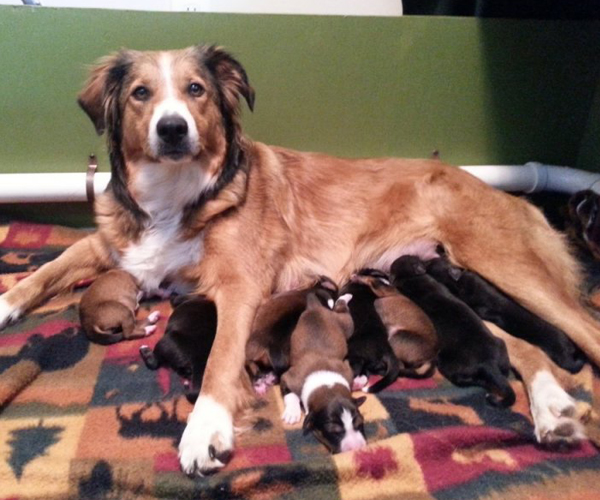 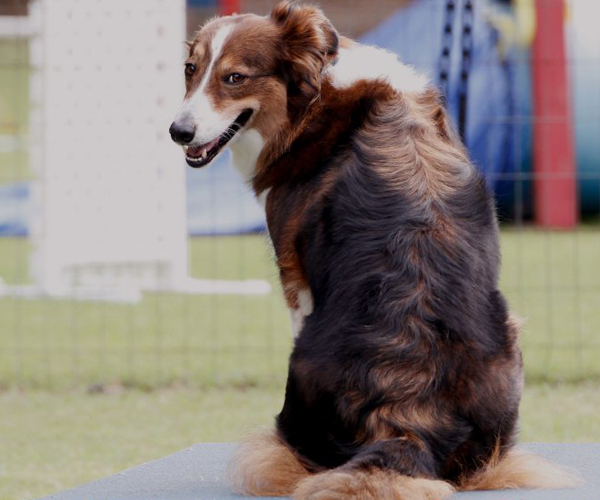 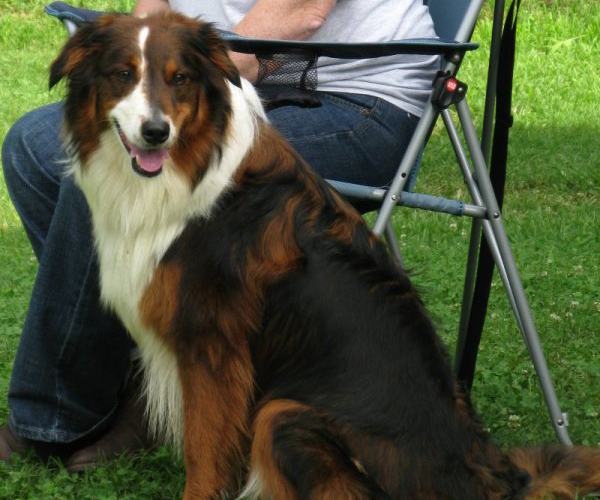 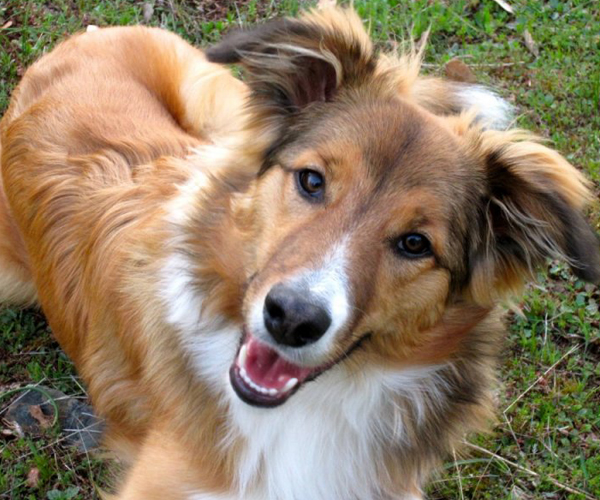 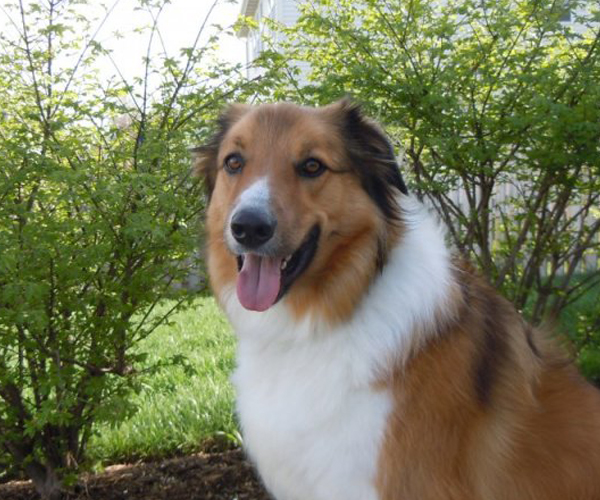 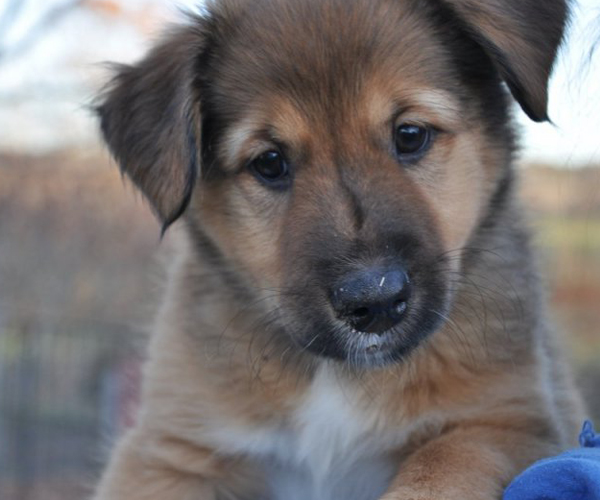 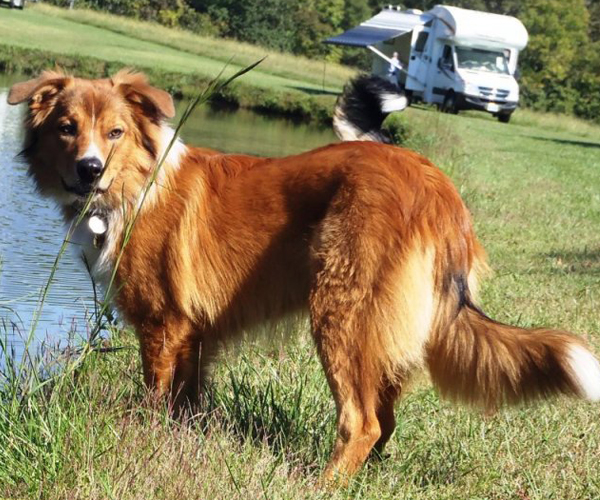 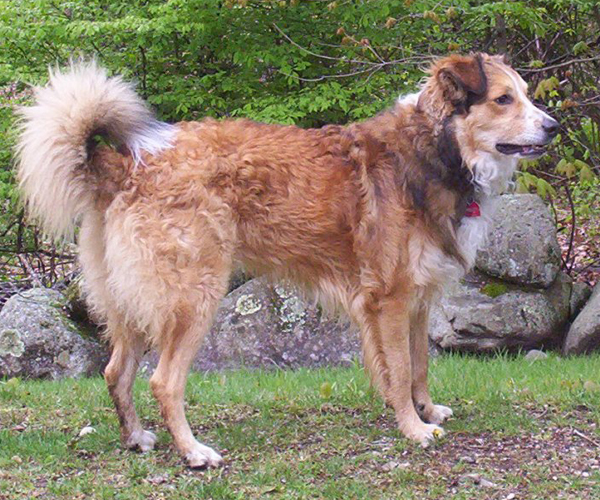 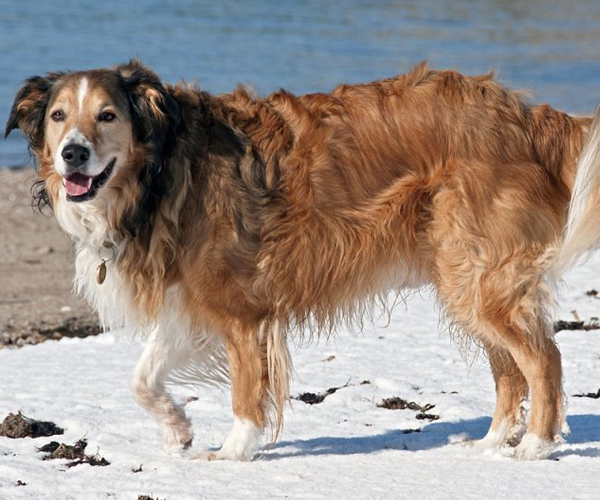 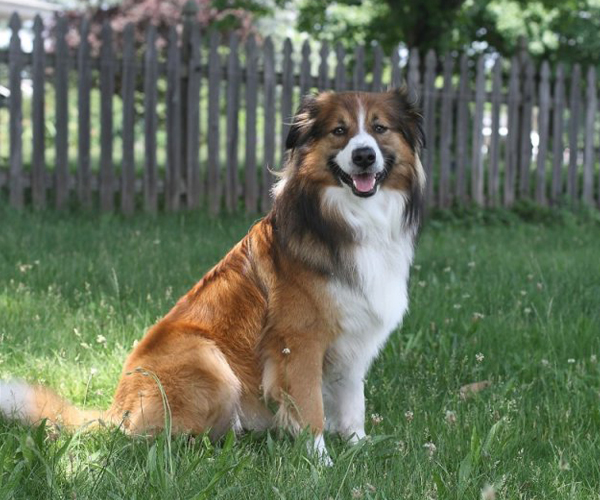 The sable coloring can range anywhere from a pale honey-gold color through a deep mahogany red. These coats do have black tipped hairs. The black can range from light sprinkling to a heavier shading of black within the coat. The sable gene is dominant to the tanpoint gene. As a result, a sable English Shepherd may carry two sable genes (ayay) or one sable and one tanpoint gene (ayat).

Most sable English Shepherds have some white on them, even if it is only a small amount. The amount of white can range from minor white markings (usually on the chest and feet) to the Irish White markings (chest, feet and/or legs, tail tip, muzzle, with or without a collar and face blaze). White markings are due to the White Spotting genes.

It is possible to have a sable English Shepherd with no white at all – solid sable. Some people mistakenly refer to these dogs as black and tan since the coat color is sable, with black tipped hairs. These dogs are not black and tan, but are sable dogs with no white markings.

There is another type of sable coloring referred to as “Seal” where the dog tends to look black and white. This color will be addressed under the Variations section. Dogs that are “Clear Sable” and “Saddleback Sables” are not actually sable dogs at all. The clear sable coloring is addressed further down in this section, while saddleback sables are addressed under the Variations section.

When a sable dog is paired with a black and tan or tri-color mate, the puppies may have a limited amount or even no white at all on their coats. If the sable parent is ayay and does not carry the recessive clear sable gene, all puppies will be sable. If the sable parent is ayat, then some pups may be black and tan or tri-colored. If both parents carry the recessive clear sable gene (ee), there would be the possibility of some clear sable puppies in the litter. 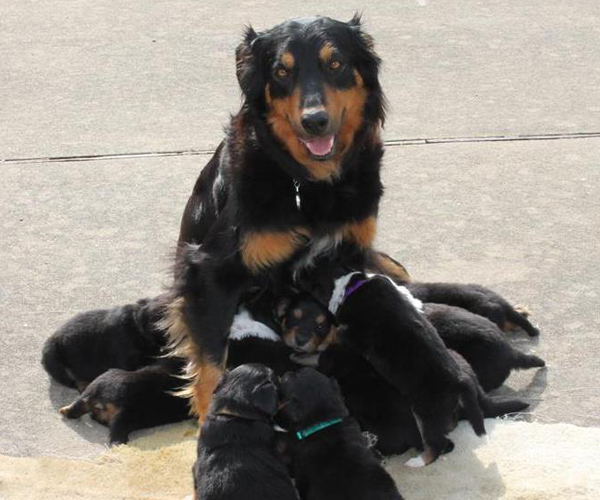 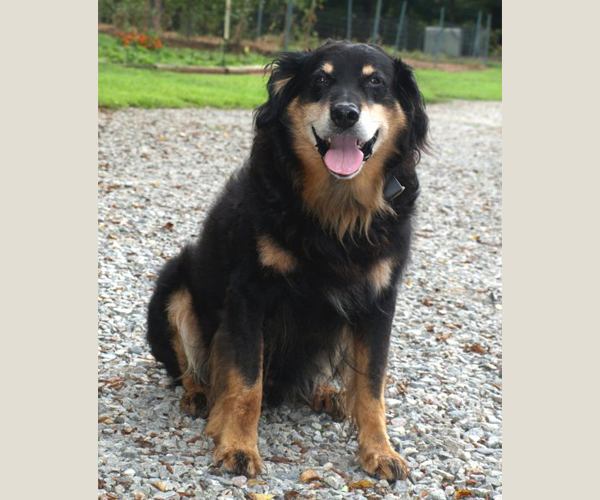 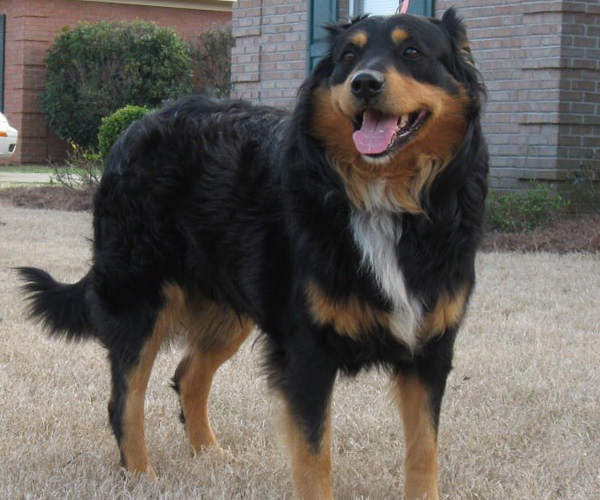 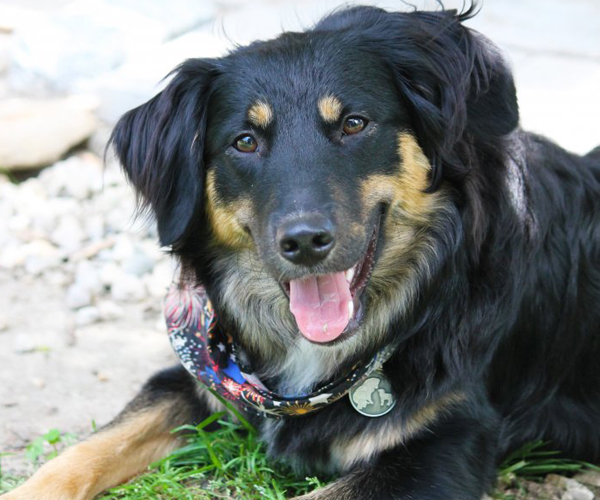 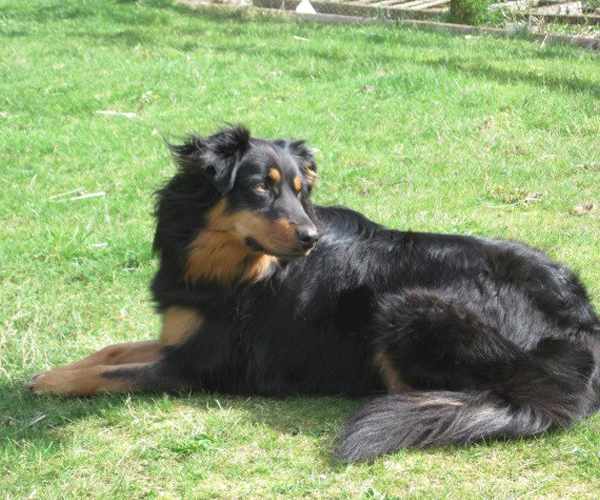 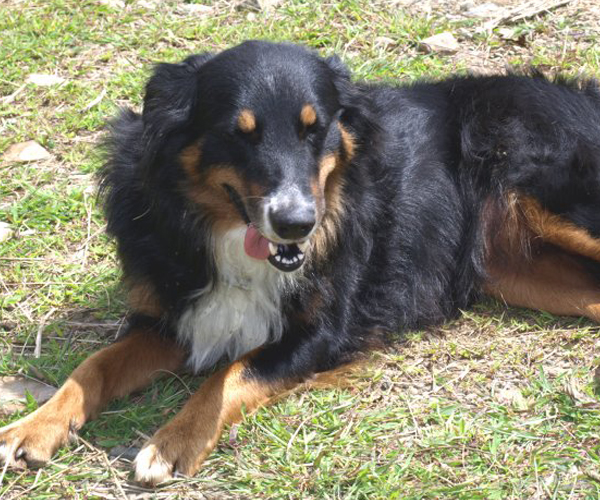 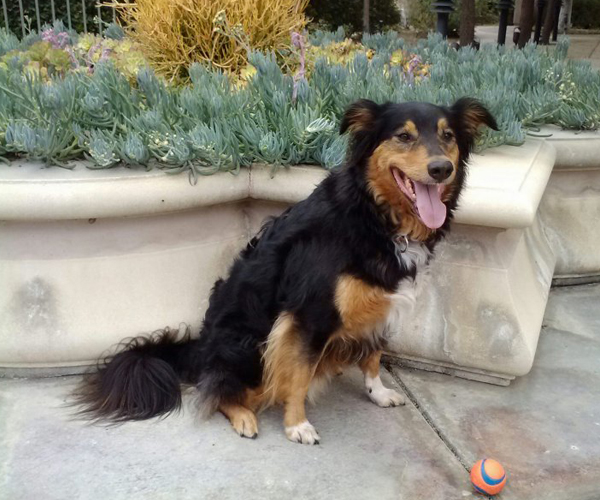 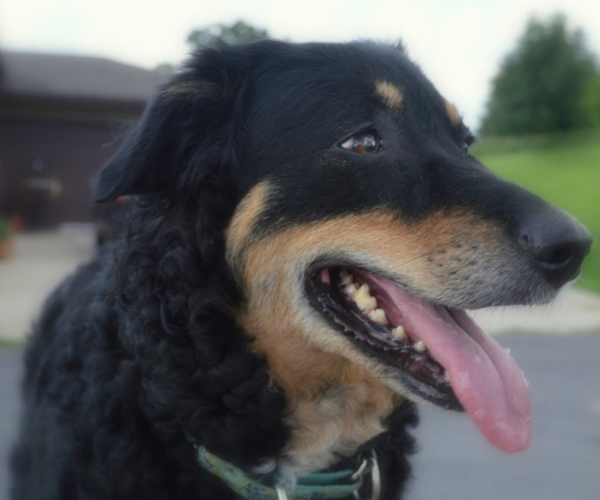 The tan coloring can range from a pale honey-gold color through a deep mahogany red. The black hairs are usually solid black in color. The tanpoint gene is recessive, which means all black and tan English Shepherds carry two tanpoint genes (atat). Variations within this coat color include the Open Face B&T/Tri-color, the Saddleback Sable and the Red and Tan.