Underneath it all, these dogs are genetically tri-colors/tanpoint. There is some variance in the black pigment so it is not completely covering the base coat color. This allows for markings to shine through especially on the face or legs. It may become more pronounced as the dog ages. 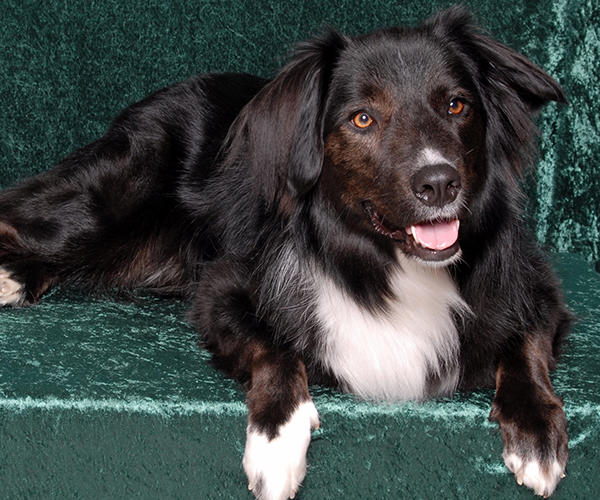 These dogs are genetically sable. There is some variance in the black pigment so it is not completely covering the base coat color. This allows for the sable coat color to shine through over the body of the dog. The seal coloring can range from a dog that appears black with some red highlights (not a summer black – black coat that fades to red due to sun bleaching) to a brownish looking coat. The undercoat may be gray or sable in color. Seals are black pointed. Wherever the color goes to a point on the dog, then the color should be going black. In other words, the black pigment will be more obvious there. This would include tail tip, feet, tips of the ears, muzzle near the nose, and areas closest to the belly. White markings may cover these telltale signs. Seal dogs should have black nose leather, but there are some seal English Shepherds with dark brown noses instead. 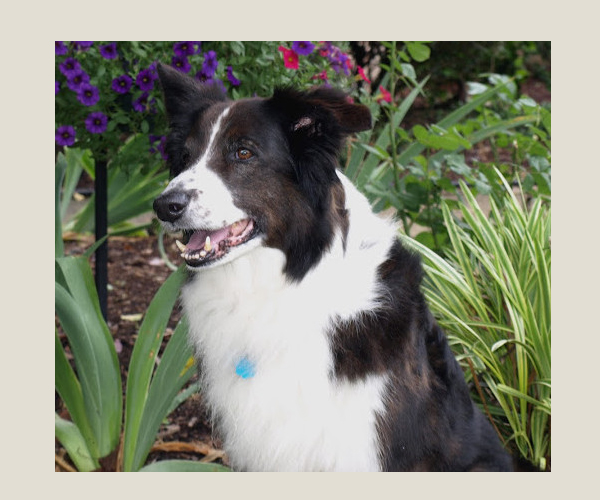 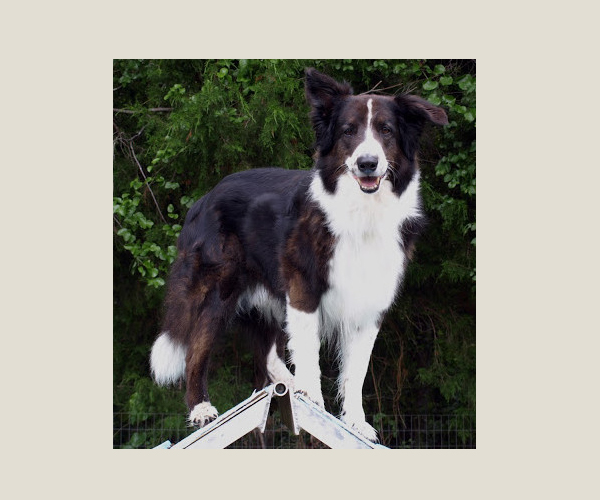 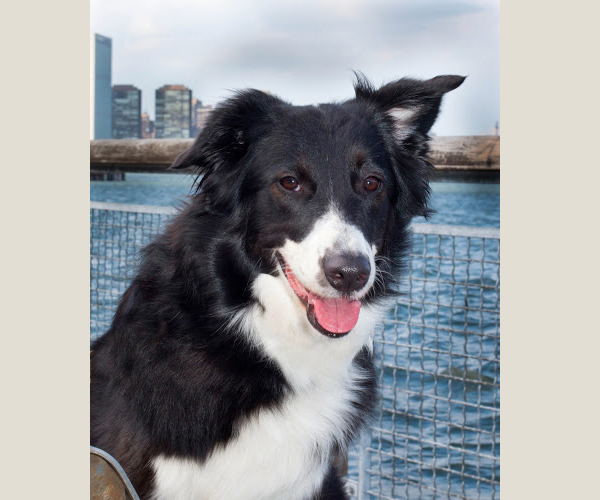 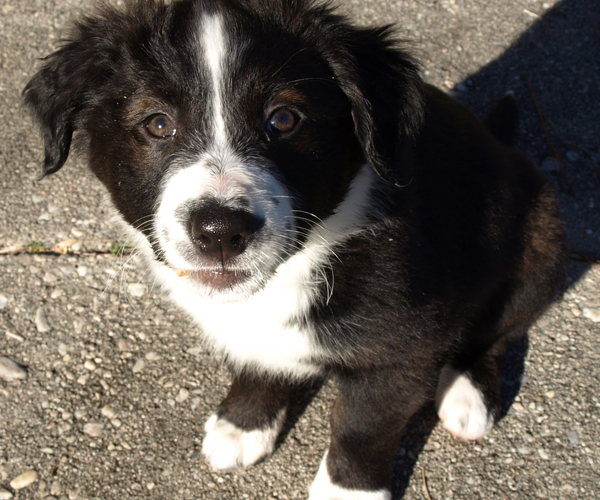 When born, seal pups may appear to be black or a “chocolate” color. Keep an eye on the black puppies. As they grow older, you may start to see some brown hairs under their tails, next to the anus. This is usually a hint of things to come. It may take five or six weeks for you see other changes. Look for a lighter crescent marking around the eyes, sable coloring across the shoulders and possibly over the top of the head, between the ears. Sometimes all you will see is the highlights showing up in the coat in the sunlight.

Historically, seal pups were most often registered as black and white pups.

Identifying puppies as being seal colored

Puppies can either be born with a brown tint to their coats, or they can appear black at birth. As the “black” coated puppies get older, brown/reddish highlights will appear in the coat, especially in the sunlight.